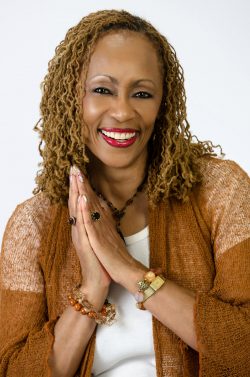 Reverend Doctor Sunshine Michelle Coleman has been in New Thought for over four decades. Within Centers for Spiritual Living (CSL) and the Science of Mind philosophy, she became a licensed practitioner in 1985, a licensed minister in 2013, and was ordained in 2017. In 2016, she launched Authenticity Journey of Renewal (AJOR) as the Founding Community Leader, a CSL Focus Ministry that provides tools and techniques for individuals to discover and live from their true authentic selves in spirit, mind, and body. Dr. Sunshine Michelle has a passion for authenticity and convening sacred space, which is the subject of her Ph.D. She most enjoys designing and delivering empowerment workshops and circles, and creating rituals and ceremonies. She is a natural leader and has an enthusiastic passion of supporting people to live their best lives all the time, no matter what they’re doing. She is a seasoned Human Resources professional with experience in several industries. She has a Masters of Art degree in Consciousness Studies and a Bachelor of Science degree in Organizational Behavior. She serves on the Board of Thrive East Bay and is a native of Northern California. Her only son, Freddie, is a trained artist and works for a local non-profit serving youth. 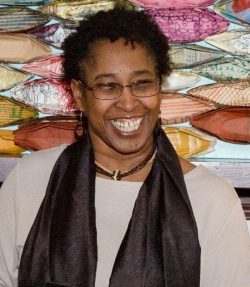 Rev. Deb E. Hammond, RScP, has been a Licensed Practitioner in Centers for Spiritual Living Spiritual since 2009, and became an ordained interfaith minister through One Spirit Seminary in 2018. She has a passion for supporting others in seeing the best in themselves to assist in transforming their lives. She uses spiritual practices like meditation, affirmative prayer, and visioning as well as teaching. It is her joy in supporting others in rediscovering their Truth as unique expressions of the One: Whole, Perfect, and Amazing exactly as they are! Teaching, coaching, and speaking is her calling based on Spiritual Principles, as well as being a continued wisdom seeker. Rev. Deb is a person who answers the call to live a life that continues to awaken her to an inner knowingness and lifts her to a higher level of consciousness.” 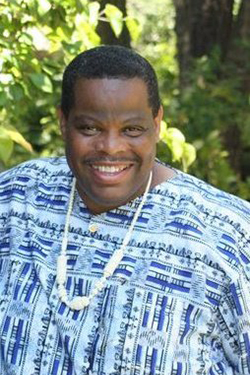 Minister Eric Lamar Thomas, known as The Psychic Designer, is an artist, actor, fashion designer, psychic medium, and spiritual coach. Born June 19th in Chicago ILL, he moved to East Palo Alto Ca in 1965. The son of a retired Stanford engineer and former Chicago hair and fashion model, he received his training from God, his mother, and the S.F. Institute of Design and Merchandising. A designer with over 40 years of experience, his designs can be admired in numerous places, including utube, NBC’s Entertainment Tonight, Motown’s 30th anniversary show, Bobby Jones gospel hour, facebook, and Tramaine Hawkins album and video “ Tramaine Live. Eric has worked in retail sales for over 30 years with numerous customer service awards. As a former Licensed Practitioner for Centers for Spiritual Living, he knows the value Spiritual Customer Service. Eric served at East Bay Church of Religious Science for over 20 years. He is a former Chair of Pastoral Care for 10 years, giving support in a variety of workshops and community events, wedding support, hospital visits, sashion shows, memorials, men’s support groups, and wherever. He is currently being happily creative, designing and giving healing spiritual psychic readings. Eric’s calling is “To Be a Spiritual Support to Spiritual Leadership“ Thank You for Your Tax Deductible Donation